The development of a Turnpike Road from Halifax to Todmorden and Burnley and Littleborough was authorised to be formed and constructed in 1759 or 1760 under An Act for diverting, altering, widening, repairing and amending the Roads from the Town of Halifax, and from Sowerby Bridge, in the County of York, by Todmorden, to Burnley and Littleborough, in the County of Lancashire. Work didn’t commence immediately and it was not until 1777 that the Trustees instructed their surveyor to mark out the road intended to be made between Todmorden and Dean Head. In 1821 the Trustees assembled at Hebden Bridge to proceed with lengthening the toll road from Walsden to Littleborough along the valley bottom. Whilst progress in Littleborough was slow, work proceeded to improve the road as far as Steanor Bottom where it connected with the extended Whitelees to Doghills Road in and around 1786. Work on the Turnpike Road may have been affected by the construction of the Rochdale Canal which was opened to Todmorden from Sowerby Bridge in August 1798 and to Rochdale in December 1798. The construction of the canal helped drain Gale Flats, a notoriously wet location. At a meeting on 26th July 1821 held in Hebden Bridge the trust decided to proceed with the building of the new road to Littleborough and to borrow £4,000. At a further meeting held on 23rd February 1823 the Trustees accepted the plans and valuations for the new road and construction progressed during 1823 and 1824 (being undertaken in 8 lots) such that the new road was open throughout to Littleborough on 28th July 1824 - (see picture right). Toll houses were provided at Steanor Bottom and 105 yards north of the junction with the Blackstone Edge Turnpike which was adjacent to the Holy Trinity Church. Todmorden Road as the route of this Turnpike is now known, ceased to be a toll road around 1877 -79.

Features on the Steanor Bottom to Littleborough Turnpike

One of the most prominent features on the road is the Steanor Bottom Toll House (pictured right) located at the bottom of the road down from Doghills. The distinctive two storey toll house was built in 1824 and was in use for some 50 years and when no longer required as a toll-house, it was occupied for some time before becoming derelict. In 1972, it was badly damaged by a storm which dislodged the roof and part of the structure

Following an appeal the restored toll house and extension was completed in 1980. When in use, the building displayed a list of tolls which the Trust was authorised to collect. One of the Toll Boards is now in the History Society’s collection. Beyond Dean Head on the new road is the Summit Inn referred to earlier, was licensed from 1823 with James Lord, Victualler and Butcher being the landlord.

Around Gale, Lawrence Newall purchased land at Gale upon which he built Gale House plus Gale Mill and the Gale Public House as well as some adjacent housing. The Gale Inn was let to Robert Hall, the first licensee, in 1828. Robert and his wife had previously been servants to the Newall family. Robert's children ran the pub until 1851. It continued serving the local community for nearly 150 years before finally closing in 1998. Gale Mill was a Calico print works subsequently owned by Joseph Bottomley and later Frederick Scott, Printers. Like many mills in Littleborough, it was destroyed by fire but was rebuilt becoming a modern looking factory. Fothergill and Harveys purchased the mill in 1950 but it was later used by Walsden Printing. Following closure it was replaced by new apartment blocks built in the style of a Malt House or canalside warehouse. 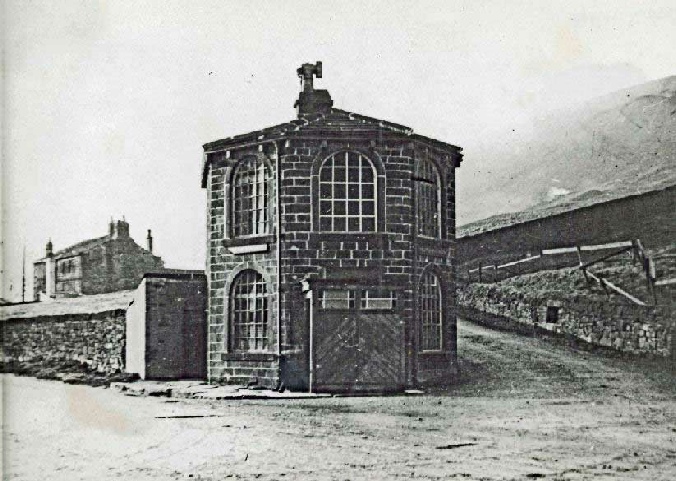 The Southerly Toll House was located opposite Victoria Street 105 yds or more from the junction with the Blackstone Edge Toll Road. It was pulled down in 1877/78 by William Greenwood of Ebor Iron Works, to be replaced by two shops one side of which went down River Street. The toll house resembled that at Steanor Bottom and the last toll keeper and bill poster was Mr Dixon.

The building located adjacent to the traffic lights near the viaduct and erroneously referred to as the old Toll House (including Grade 2 listing and a blue plaque) was built by a local architect called Mr Shuttleworth as an office for his business. He built it in the style of a toll house in circa 1885. Mr Shuttleworth also acted as a consultant to LUDC. 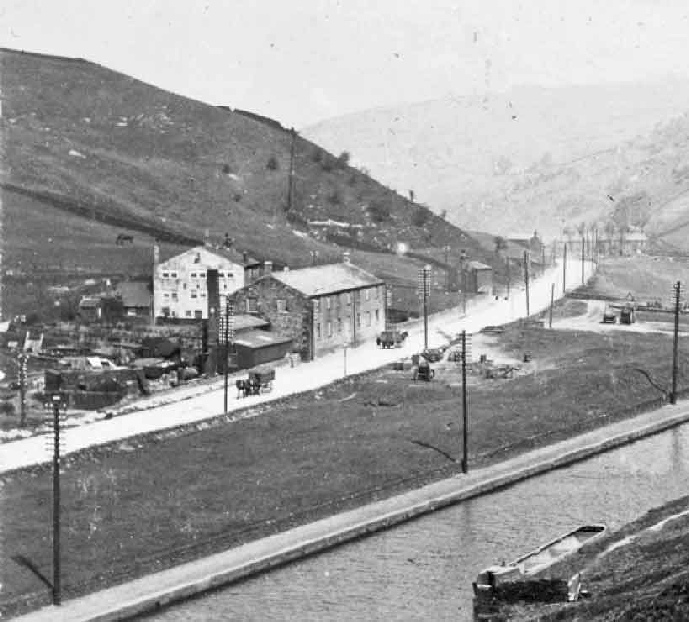