This section of line opened after services had operated to Littleborough from Manchester and had to await the completion of Summit Tunnel itself. It no doubt assisted in the construction of the tunnel bring forth Materials from Manchester.

The building of the Grade II listed viaduct which occurred around 1838/1839 saw the demolition of numerous properties incl. Ealees Hall, dating from before 1561 when lived in by a Mr Halliwell as well as the diversion of Hollin Brook Lane (PCR on the plan). As a result, the Methodical Piazza dating from 1805 had to move its entrance from Hollin Brook Lane to Church Street (the Blackstone Edge Turnpike) by way of a footbridge across the adjacent River Roch. Hollin Brook Lane was replaced by Canal Street which gave access to the Canal and later to the Coal Drops and unofficially to Ben Healey Bridge.

The Mural (above right) by Stuart Dawson is located in the Visitor Centre long with 3 others on Littleborough’s Railways.

Beyond the Viaduct the railway follows a long sweeping curve, (largely on an embankment constructed from earth excavated in Littleborough centre) from Littleborough station to the mouth of Summit Tunnel. Approaching the tunnel the line enters an ever deepening cutting from near where Summit West signal box was located; near Grove Dyeworks (now replaced by Grove Village). As originally built the line was double track but the 1893 OS map shows a third line whilst the 1910 map show four track from the end of the viaduct to Summit West signal box. Passing through the 2 underbridges shows how the alignment was widened to accommodate the additional tracks. Perhaps the centreline was moved to ensure a more even curve. 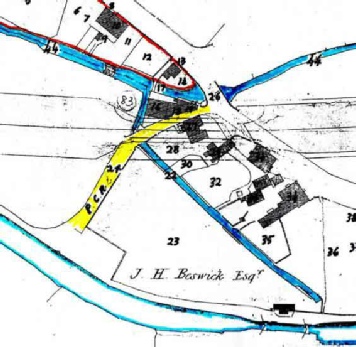 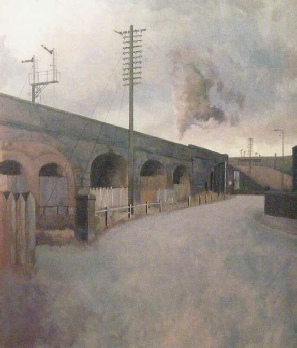 (Above) Freight train on the Gale Flays curve heading towards

Summit Tunnel taken before circa 1968 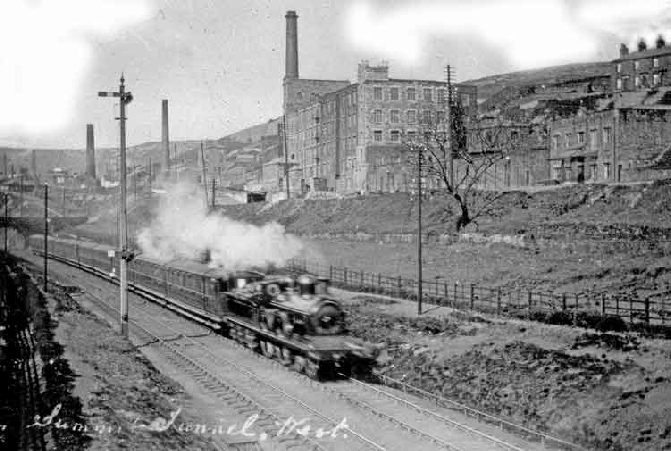