Besides the Chemical works mentioned on the website, there were bleach and dye works and cloth finishing works plus Lancashire Tannery. Now all have gone except for two finishing works in Ealees and Rakewood

Important locations for the chemical works were

Smithy Bridge and Lane Side

Sited to the north of the Rochdale Canal and adjacent to to the River Roch was Stubley Mill Glue Works (located on the site of an old Corn/Fulling Mill circa 1775). Over time the mills ceased Fulling with the site being disused around 1890. It was shown as a Glue Works in 1938 and more recently it was known as “Hardeys’ Glue Works”. Following a fire, the mill was demolished in 1981.

Dearnley Chemical Company was set up by Kershaw and Fletcher in 1862. Whilst the partnership was eventually dissolved the Chemical Works continued but was subsequently described in Trade Directories as ‘Oil Distillery’. Little is known about the works and its processes etc but it is believed that it processed either plant based materials or solid waste from the local sewage works to extract oil etc which was put into oak casks and sent to Lever Brothers at Port Sunlight for making into soap. The oil works ceased to function around the time of the Second World War and the buildings were eventually demolished in the 1950s. The site remained empty for some time but was later turned over to housing.

Smithy Bridge and Lane Side

Around Smithy Bridge Station and Level Crossing was another location for Chemical Works. In 1873 two companies were recorded, James Kershaw of Eafield Oil Works and  James Fetcher and Bros, Eafield, Oil Merchants and Refiners. Between 1879 & 1889 Alfred Crossley Chemicals was recorded as at Eafield and James Fletcher and Sons was again mentioned in an 1890 Trade Directory. In  1879 and 1888 Robert Duxbury, Dry Soap was recorded  at Lane Side. Where each companies was located is unclear but Ordnance Survey Maps show Candle Works at Eafield between 1930 and mid-1950s.

Further away from Smithy Bridge Road is Paragon works which is shown on  OS maps as a Chemical Works between 1908 &1938. Around 1911 to 1914 the owner was a Thomas Cryer. 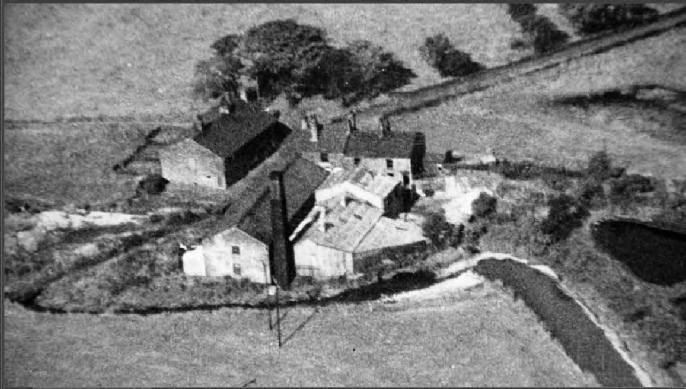