Restoration of the Rochdale Canal in Littleborough

During 1970 came one of the first moves to restore the Rochdale Canal and in 1971 Littleborough Civic Trust formed a 'Canal Group'. Early work included clearing Pike House Lock in 1973. In July of the following year the Rochdale Canal Society was formed. Clearly, the task of restoring the Rochdale Canal would be massive as Motorways and other roads had been built across its alignment, numerous bridges cultivated and at the Manchester end many locks had been infilled with concrete to reduce drowning's. A start occurred on 5th July 1976 with a Government Manpower Services Commission funded pilot scheme wherein school leavers worked on canal restoration. It was just a pity that the training basically consisted how to use picks and shovels replicating original methods rather than training how to use modern equipment. After the initial work, things lapsed with little ongoing work in Littleborough. However, by 1990 a 13 miles section of  the Rochdale canal in West Yorkshire was restored to navigation as was Oldham’s short section. By 1992 the canal was re-opened from Summit to Littleborough but much work remained. In 1995 the Rochdale Canal Trust made an unsuccessful attempt to access £23 million grant from the Millennium Fund due to organisational problems associated with the applicants organisation. This didn’t stop progress in West Yorkshire where in 1996 the Rochdale canal was reconnected to national network at Sowerby Bridge. Eventually, real progress occurred within Greater Manchester with in 2001/2 Ben Healey and Smithy Bridge canal bridges restored with the  Canal restoration completed and re-opened on 1st July 2002 by Fred Dibnah (pictured bottom right)

Lock and Bridge 48 after closure 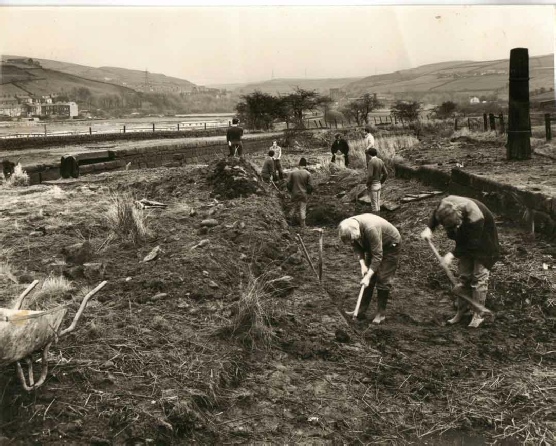 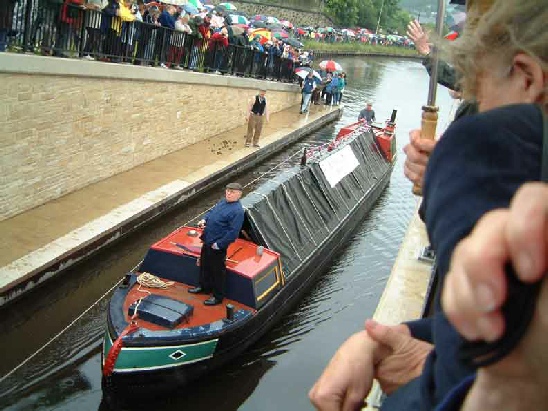