There were around 60 textile mills in Littleborough, many of which started as woollen mills but later turned to cotton. There was also a Rayon Mill. In addition, there were over 30 mills associated with the finishing of the textile products. The latter included Fulling mills, dye works and later factories which applied modern finishes to the cloth. Not all of the mills existed at the same time. As it would be difficult to detail all on this site, a selection of now closed mills is included.

Use these links to reach a particular mill etc.

A couple of other now demolished mills are:-

Longden End Mill was a Fulling mill built at a date unknown by a Emanuel Clegg who had another mill in Milnrow. It was certainly in existence in 1853  but by 1861 it was operated by Joseph Clegg (a farmer). The family later left Longden End and set up Rakewood Upper Mill which is still operating as processors of finished cloth. After they left the mill was taken over by John Leach but by 1906 had succumbed to fire.

Uber Mill was opened in 1863 located next to Durn Bridge  being a typical 19th century stone built cotton mill. In 1893 it converted to making confectionery and when that failed in reopened as Victoria Bleaching and Dying Works. It burnt down late September 1916, was demolished and never rebuilt. A local garage now occupies part of the site.

Frankfort Mill was built in 1861 for £30,000 with a further £20,000 spent on equipping it with modern machinery. The mill operated from 1865 until 1895 during which time a great fire broke out (a recurring theme) in 1872 and during the clean-up operation a great storm knocked down three storeys of the damaged gable and killed 4 female members of the workforce.  In 1878 Littleborough Co-op Manufacturing Co Ltd arranged a £12,000 mortgage with the Littleborough Society and a year later the MacDonald’s directory has the mill as being under Littleborough Manufacturing Co., cotton spinners and manufacturers with Robert Taylor as manager. The mill closed again in 1887 due to financial mismanagement, the Littleborough Society incurring a total loss of £22,000. Later in 1887 the mill was auctioned off and the Littleborough Society had no further involvement. The mill continued  with different enterprises but most failed. In 1894 it was converted to soft drinks manufacture and then other products. During the Second World War it was used as a supply depot by the Ministry of Supply. It was later involved in the building and painting of truck bodies. After closure and demolition, it was for many years a vehicle scrap yard which later concentrated on lorries, vans etc. After that closed planning approval was finally given for a new housing development and work started but came to an end and the site lay almost abandoned for some years (in line with earlier history of failure).  A new developer took over the site and previously built foundations cleared away and the site levelled with hardcore before the new houses were built over 2018/9.

Python Mill was rebuilt from Tyne Mill which had been built as an asbestos factory in 1916. It was later taken over and adapted by Breda Visada to produce artificial silk (rayon) opening on 15th July 1926.  In 1929 Breda Visada was taken over by British Breda Silk Co. It closed down in the 1950s. Part of the mill was used by other companies before final demolition to enable the Lidl Supermarket to be built. Full details are in our new booklet (below right)

In 1818 there is an entry in J Leigh’s directory concerning James Taylor, Flannel Manufacturer at White Lees. Unfortunately it doesn’t confirm if White Leeds was where he had a factory or lived. The mill was at some stage had been a Bleach Mill. An interesting fact is that in 1841 John Petrie of Rochdale delivered their 47th beam engine to Mr John Hurst of Whitelees Mill. In 1845 a Spinning Mule was erected in a room over the Whitelees Factory. Whilst it spun cotton for many years it later became involved in cotton dyeing and finishing. The mill was mothballed during WW2 and closed near the end of the war. When the CWS took over in 1957 they decided to dispose of the engine (Engine Preserved). A letter from Co-op stated that few records were kept on buildings owned, closed and or demolished in 1960s or later. Once the mill was demolished the site was used for housing

See also a Poem on the workers when Shore Sheets Closed

Messrs Leach & Clegg and Consterdine & Kershaw took over a small mill in Shore in 1845. Shortly afterward Consterdine & Kershaw left to set up Brookfield Mill next to the canal in Littleborough. Shore Mill was greatly expanded by the Clegg’s. This mill was the second mill opened by Clegg's in order to expand production of their cotton products. They were famous locally for producing Shore Sheets. The mill ceased textile production in the 1960's and was used for a number of years by Ashe Chemicals who made pharmaceutical products, this ceasing in the 1980's. The site of the mill is now occupied by housing but the Company’s War Memorial still remains within a remembrance garden. 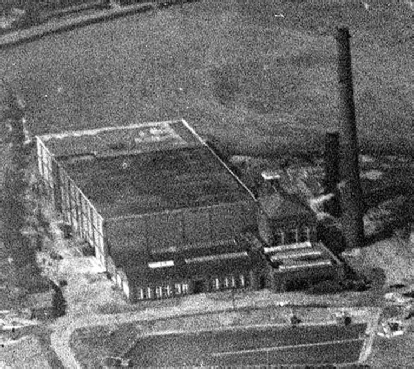 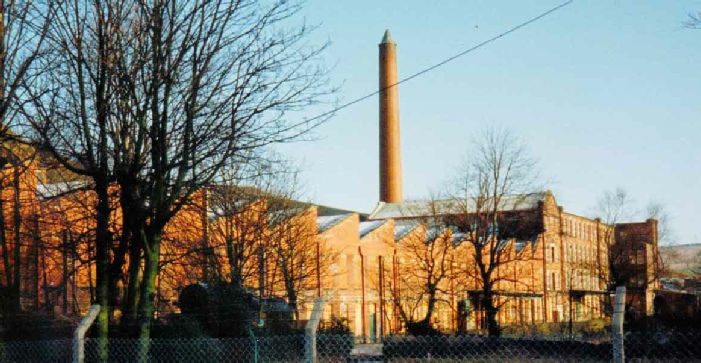 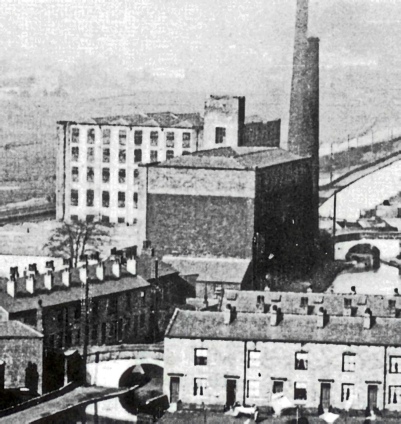 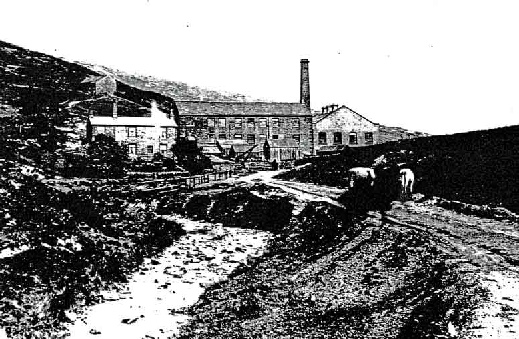