Honour Matthews established a brickworks at Punchbowl Lock on the Rochdale Canal between Littleborough and Summit in the early 1850's. The works wasn’t very successful and in 1858 it was sold to John Tetlow and continued in the Tetlow family.

The works had was a 100ft frontage to the canal with a three-storey building built into the hillside protected by a retaining wall atop being the Canal Feeder Drain. The lower storey gave direct access to the canal wharf.  There were six downdraught kilns served by a single chimney (see pictures right).

The clay initially came from a quarry just to the north of the site but later coal and clay were also obtained from Lightowlers, Sladen and Whittaker Collieries in which John Tetlow had a partnership interest. There was a horse drawn tramway which ran from Sladen Pit, through the Sladen Valley to near the Rochdale Canal.  The works produced salt glazed sanitary pipes, chimney pots, boiler blocks and firebricks. Tetlow was able to establish a good regional market as his trade directory entry of 1873 mentions depots in Rochdale, Todmorden and Manchester and the last advertisement in Worral’s Directory of 1909 describes them as contractors to Manchester Corporation who they later defrauded and found guilty

In the 1920's after Fothergill and Harvey took over the works they used it to produce building blocks made from furnace clinker and cement. These blocks were used for both internal and external walls on extensions to their factory and also for workers housing nearby at Timbercliffe.  The site was closed and partly demolished in 1928. 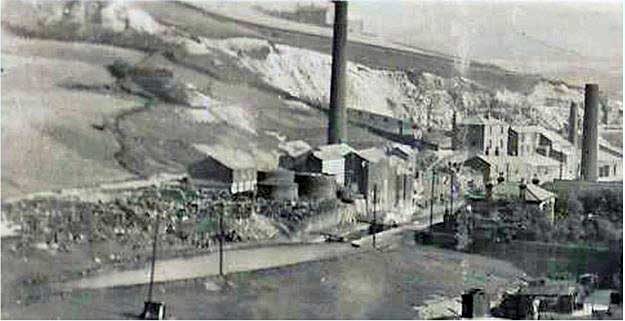 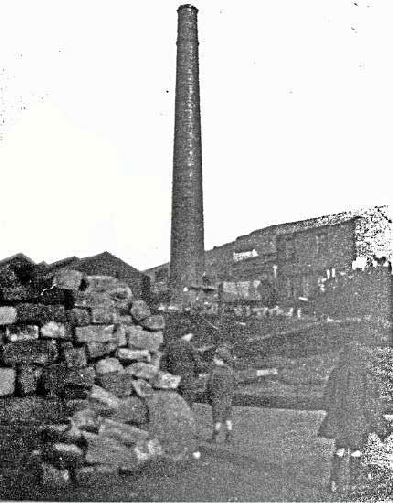