In 1861 the Society built a warehouse behind the shops as well as abattoir on what is now Industry Street.  Pictures are included right of the Abattoir when still operating and below that when converted to apartments

Also in 1861 the Rock Nook branch was opened but eight years later (in 1869) new premises were built with the opening reported in the Co-operator  “On Saturday November 4th this Society opened a branch store at “Rook Nook” - pictured right.

In 1868 Caldermoor branch opened, a purpose built shop at the top of Hare Hill Street built by William Peacock of Caldermoor at a cost of £1,500.  Pictured below

The opening of this store was quite an occasion and was reported at the time in the newspaper of the Co-operative Movement “The Co-operator”.  In the article entitled “Great Doings at Littleborough” it was reported that the shop was opened with a tea party and ball when about 600 persons were present and the Littleborough choristers were engaged to provide entertainment. The new store Specialised in animal feed but included Groceries etc In 1904 a fire occurred at Littleborough Coop Caldermoor store. Following the fire the Cloggers shop was removed from upstair to ground floor of adjacent cottage.

Further openings by the Littleborough Co-op occurred in 1876,

1869 - It was now building a block of 40 cottages, one half of which are already let to expectant tenants. 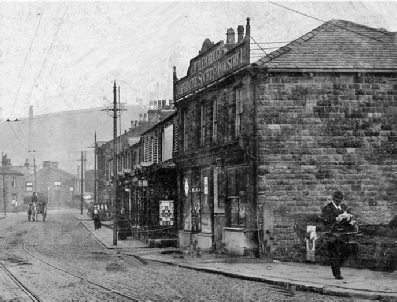 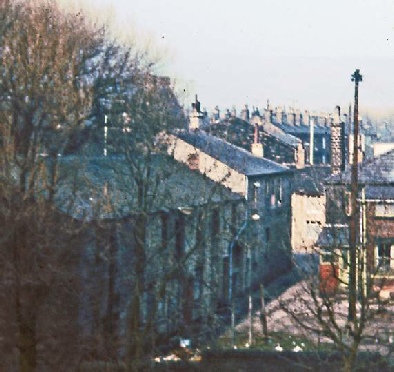 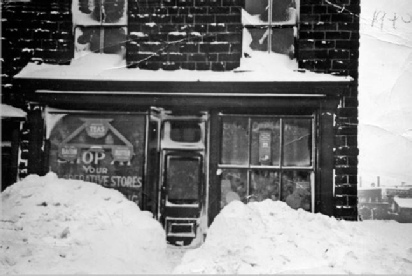 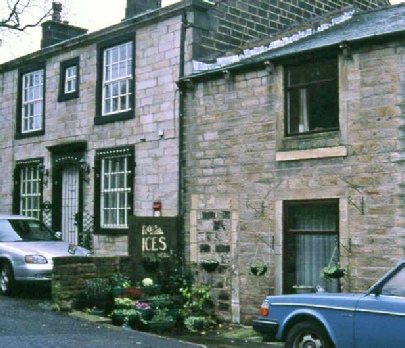