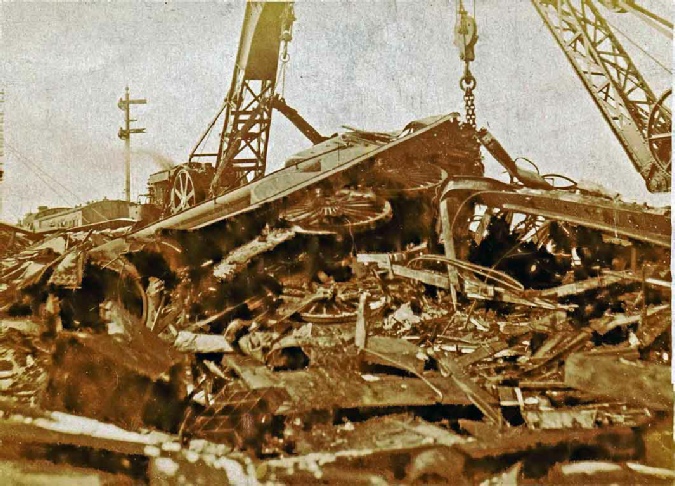 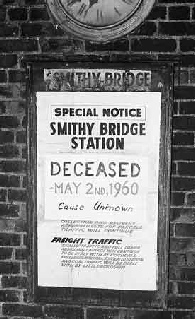 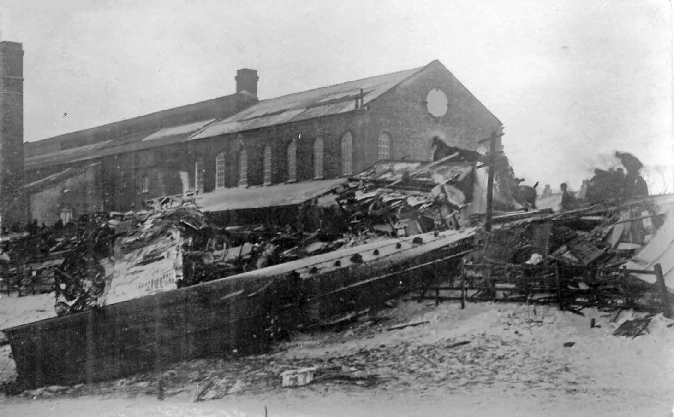 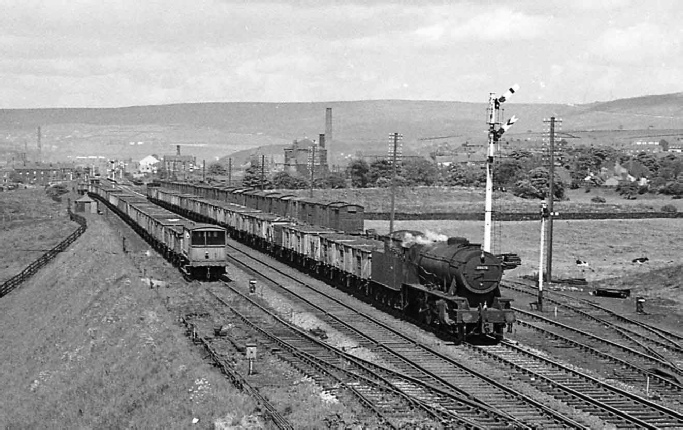 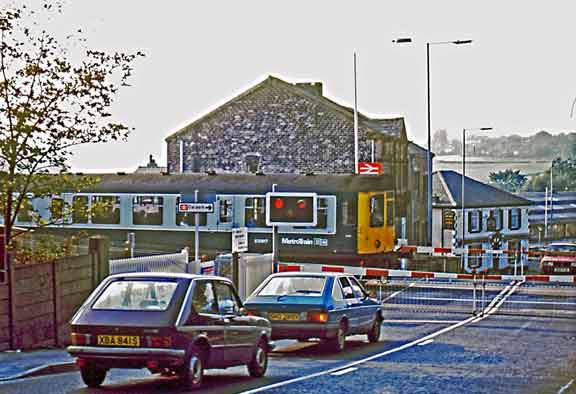 Water tank and troughs pictured above

Over time the railways in this area have seen significant changes. After Many years a passenger station was opened, then closed and then re-opened. Later, water-troughs were provided within the cutting between Belfield and Clegg Hall to enable steam locomotive to refill their tanks whilst on the move. For freight a loop was installed from Fletchers Road Bridge to Smithy Bridge station and later additional sidings and loops were installed. The 1960s saw these facilities removed leaving just the original 2 lines. Modernisation later included Smithy Bridge Level Crossing.

Water Troughs at Clegg Hall installed in circa 1886

The Lancashire and Yorkshire Railway was at first supplied with the water for them from the nearby Rochdale Canal. at a rate of 4d per 1,000 gallons.  Later, possibly from a borehole but from 1930 the Water Troughs at Clegg Hall were fed from the Holmes Pit of Dearnley colliery located west of Smithy Bridge Road (previously Halliday Lane).The railway’s water requirements were met by the public supply from sometime in the early-to-mid-forties. Heating at the troughs was provided from a small stationary boiler located on the south side of the cutting It is believed that the water troughs were taken out of use between 1963 and 1969.

Extensive freight facilities were provided at smithy Bridge for many year but these have all now gone - see picture right.

Little is known about how road and rail traffic was initially protected but based on Turnpike Roads it can be assumed that some form of gate was provided. Later these were replaced by wooden swing gates controlled by an adjacent signal box. Under modernisation these were replaced by full lifting barriers (rather than by automatic half-barriers as originally proposed). Finally, the signal box was removed with the barriers remotely operated aided by CCTV and ground radar systems etc.

Just over 100 years ago four people were killed and 12 seriously injured in one of Rochdale's worst rail disasters when the Leeds to Fleetwood express crashed into a stationary train at about 8.45pm on March 18, 1915. A blizzard was raging at the time of the crash. When the collision happened the express was thought to have been travelling at about 45 mph As a result the engine and tender both derailed (see picture below) and the carriages ‘smashed to splinters’ with the wrecks strewn down the embankment. It was saddening that three people were killed instantly, including the driver James Moon, while a fourth would later die from his injuries. Fortunately, the train was largely empty as otherwise casualties would have been higher. Rescue crews and villagers had to battle through snowdrifts and blizzards and work in darkness to pull the injured from the wreckage. Some rescued passengers were taken to the adjacent Paragon works (see picture below). Dr MacGill from Littleborough attended to the injured. 2 breakdown cranes were used to assist in the recovery of engine and damaged vehicles. The following month the Department for Trade published the findings of its inquiry into the disaster. It heard from a number of signalmen some of whom said conditions were so bad the driver may not have been able to see warning signals telling him to slow down to allow the stock train to clear the station. Others though said while fog and snow limited visibility they could still see the signals. The inquiry ruled the cause of the crash was driver error stating that although conditions were bad Mr Moon, who had driven the route at least 100 times and was a man of ‘exceptionally good character and record’, should have been able to see the signals at Littleborough station and Littleborough West ‘if he were running carefully and keeping a good look-out’.

Dr MacGill later received a letter from the Secretary of the Lancashire and Yorkshire Railway Co dated 23rd March 1915 expressing their “high appreciation of the promptness with which you attended and of the excellent services you rendered, which to a very considerable extent alleviated the suffering and distress of many of the passengers who were injured on the occasion”. The letter also asked “for his account at your earliest convenience”.

Pictures and copy of letter to Dr MacGill from Society Archive