The Consterdine family had its origins in Oldham and Manchester whereas the Schofield had long associations with Rochdale and Littleborough. The two families were however linked by marriage albeit the linage was to James Consterdine who was a merchant in Manchester.

Edward, his brother, although living and based in Manchester started businesses in Littleborough mainly in partnerships.  In 1844/5 Messrs Leach & Clegg and Consterdine & Kershaw took over a small mill in Shore, its output often advertised for sale through Edward Consterdine’s Manchester Office. Following Edward’s untimely death in 1850, his widow Betty continued with the business and moved to Littleborough after a short spell in Salford. Messrs Kershaw and Consterdine ended their partnership with Leach & Clegg and together developed Brookfield Mill which opened around 1852/3, They initially manufactured Fustian cloth (1858) but had moved over to Cotton by 1867. On 12th January 1867 the partnership between Betty Consterdine and Joseph Kershaw was dissolved and the Consterdine's ceased to have an interest in Brookfield Mill.

Betty with her sons John Edward and Benjamin developed Albion Mill. Its site was leased Betty from 1st May  1867 for 999 years at an annual ground rent of £58. The mill had a datestone over main door reading 1867. The company and Albion Mil appeared in a number of Trade Directories between 1873 and 1888 as a Cotton Mill. The business was continued after Betty’s death in June 1871 by her sons but ended when their partnership with Edward Mason was dissolved on 10th February 1880. Albion mill was used by various textile business before finally closing in 1998, being demolished in the same year.

More details are available within the Booklet by Bernard Pratt (see this page). 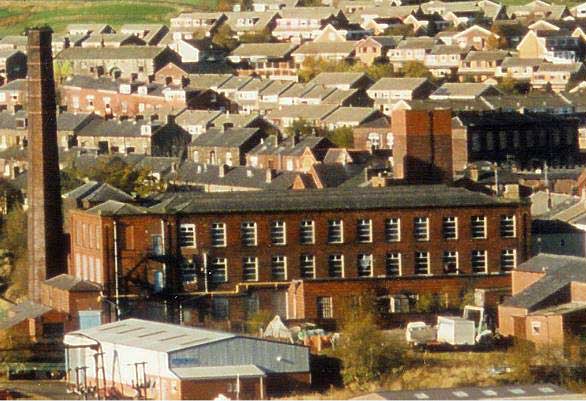