Phoenix Iron Works was established in 1872 as a forge and a 1890 Trade Directory located Phoenix Iron works on Canal St. By the time the 1910 OS map was surveyed in 1908) shows the works on Newall St where it remained for over 120 years. Now the site has succumbed to housing as with so many industrial locations in Littleborough over the years. Phoenite Precision Ltd remains but re-located in Oldham.

This page includes more details, use these links to Navigate further down the page:-

The future of the Company and the Site

History of the Works

No details remain on the original building but it may have been located on the western (Phoenix Street) side of the site. Recent site investigations by RPS Group PLC advise that in mid 2020, the earliest remaining building on the site was the apparent 2 storey Accrington style brick building located on the corner of Newall St and Howarth St possibly dating from 1917 (picture top right). The interior included an overhead crane revealed during demolition in 2020 – see. The adjacent machine shop building with overhead crane (pictured right) was constructed during the early 1930s and included extensive areas of glazing, much being later covered by steel cladding.

The 1910 Ordnance Survey Map indicates another unconnected building higher up Howarth Street which over time became connected to the original iconic structure. Further structures were also built at other locations on the site as shown by later OS maps. Around 1960 many of the later buildings along Howarth Street were replaced by a modern accommodation block (picture from  RPS Group PLC report) , At the same time the 1930s building was extended by a low rise machine shop  (pictured here during the very early stages of demolition in 2020.).  Even in the 1960s miscellaneous building remained on the site but these were largely cleared by the mid-1980s.

The original owners are unknown but it is believed that the Kershaw Family, probably constructed the 1901 building. Hilda Hey possibly either during 1901 and later. Phoenix Ironworks was later acquired by the Greenwood family and an employee in the 1960s recalls the owners being of that name. In 1986 when the current owner joined the company it was owned by Ropner PLC but managed through Fred Greenwood of Rochdale. The current owner, Ron Dalton purchased the ironworks from Ropner in 1995.

The future of the Company and the Site

Although it had been a prominent feature on Newall St., Littleborough for many years Phoenite Precision Ltd (as the new company was known) determined that the current buildings were no longer suitable requiring expenditure to make the buildings fit for purpose or more suitable premises be sought. After serious consideration, the latter option was chosen. Phoenite Precision Ltd vacated Phoenix Iron Works and moved in August/September 2020 to  premises located at The Old Gas Works, Higginshaw Lane, Oldham. OL1 3LA with the works demolished shortly afterwards. It is now housing.

For links to more photographs of the interior of Phoenix Iron Works or its demolition email lborohist@btconnect.com. 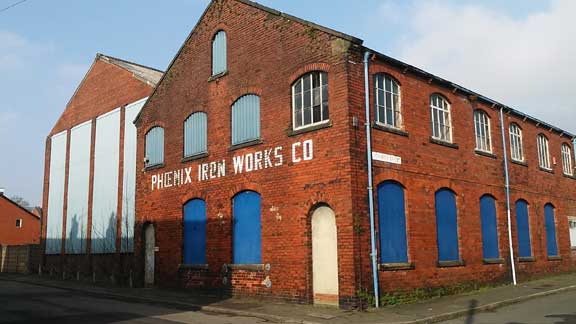 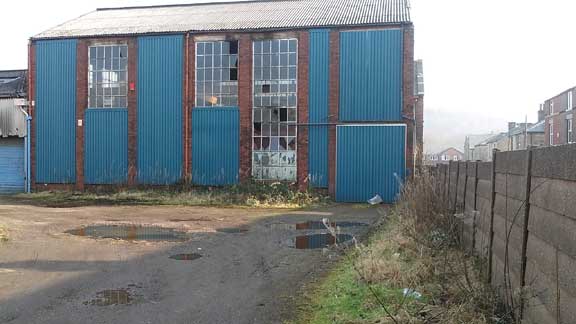 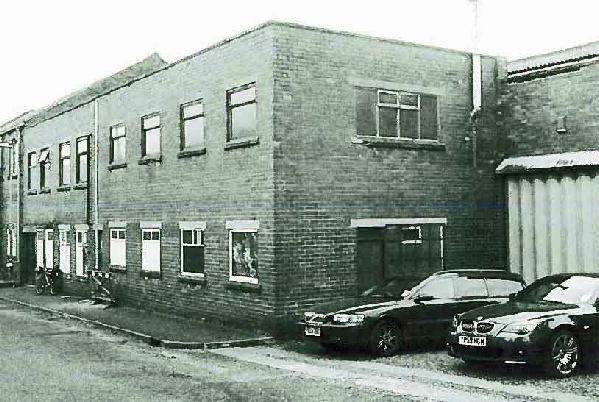 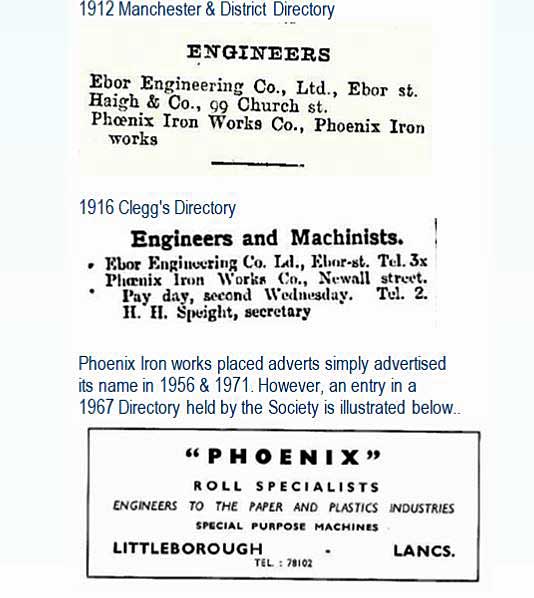