A group of local people, 31 original members, mostly Fulling millers who worked at Sladen Mill, subscribed £96 as Capital, an average of £3 each at a time when weavers earned about 16 shillings (80 pence) a week, and fine spinners earned about 28 shilling (£1.40 pence) a week.  The first members included James Hall, Robert Woolfenden of Ealees Old Mill, Thomas Woolfenden of Church Street, James Whitehead who in later years lived on Wellington Street, Thomas Jackson of Shore, James Leah and Thomas Leah (who was later for 34 years Manager of the Society).

The Littleborough Co-op commenced business on the 1st January 1851 in the front room of 84 Church Street (pictured right) courtesy of Mr James Hall.  As was the case with most Co-ops, the shop could only open in the evening as those involved with the Co-op also had their ‘day jobs’ in the local factories.  The staple foods sold in those early days would be flour, oatmeal, lard, bacon, sugar, butter, cheese, eggs and treacle; foods which were inexpensive and could be stored without refrigeration.

The venture proved to be successful and after just two months they secured the use of an additional two rooms to sell drapery. 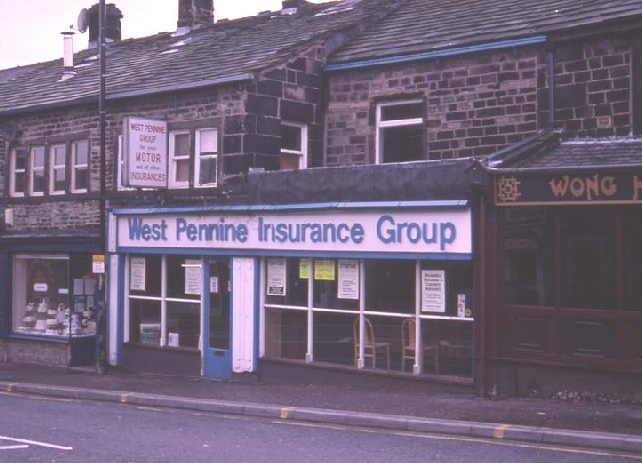