The Hoard of some 76 Roman coins was found in the Ealees Valley near Hollingworth Lake by two brothers. The coins, which were declared Treasure Trove by the Coroner, were examined by the British Museum whose expert believed that they were not lost accidentally but had been buried in antiquity.

The hoard is apparently unique in that it is the only find in England which terminates with coins from the Reign of Didius Julianus but there is no certainty that further coins were contained in the hoard but were now missing.

The state of preservation varies considerably and one coin is considered to be a Swiss Forgery.

The makeup of the coins reveals they date from the time of Nero (AD 54-68) to Didius Julianus in AD193. 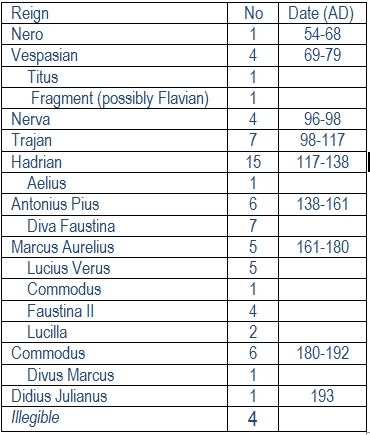